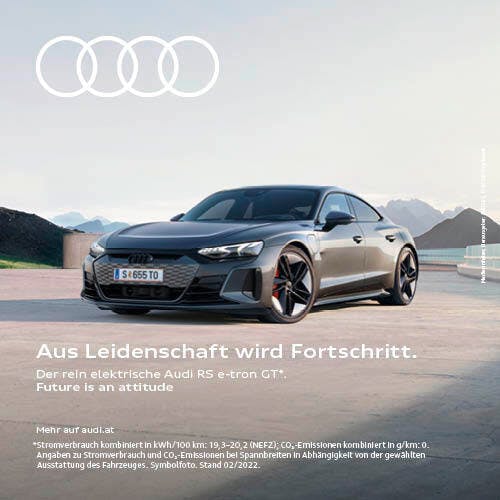 L.L./ The slogan of your Curves Magazine is “soulful driving”. What exactly does that mean?

S.B./ It’s about having a great a time with friends and about focussing on driving for a week – no matter if that’s in a car, on a bicycle, or a skateboard. And it’s not about the speed or an adrenaline rush, either – it’s about enjoying the landscape and the mountains. I am from Munich, so I spent most of my youth in the mountains. Aside from that, food and different cultures play an important role, too. It’s about that pleasant act of “being on the road” and about making good memories you like to share. I like to compare it to a piece of music you get stuck in your head and that just stays with you. That is the intention behind “soulful driving”. I feel a great sense of peace when I drive, nobody tells me what to do, I enjoy the calm and I can relax.

L.L./ In 2011 you were the first to put together unique photographs of mountain passes and curves and make them into a roadmovie-story for Curves. How did you come up with the idea for your own magazine? What’s the concept behind it?

S.B./ I have a design background and I had a design agency for 25 years where the focus was on editorial design and travel guides. I always had a lot of ideas and I always used to be the kind of person who enjoyed going away with friends. And one day we were standing on a summit and I realised there was no magazine that had that kind of focus and that spoke to a younger crowd. Consequently, I developed the idea for Curves, without an order from a client and defying all reason. But that’s exactly what triggered me. And after only 10 minutes I had the concept together in my head and then I put it into practice. From layout, to photos, to financing, I did it all myself. And together with an excellent writer we got the magazine on the road.

S.B./ You often dream of driving a certain route, and that’s where the concept of Curves comes in: we present routes that can be done it five days – no matter if it’s in Austria, France, Italy, or Iceland. Aside from that empty roads matter, it’s what many drivers dream of. Maps and pictures are a must, just like in any good story; as if Quentin Tarantino and Sofia Coppola were to get into a car and write a story which is then filmed by Wes Anderson. Food and hotel tips are in there, too. Everybody is supposed to find themselves in the editions. The magazine is relatively thick, and its timeless design makes it perfect for collecting. That’s the idea behind Curves.

S.B./ And as far as the planning goes: we know our way around the Alps, when it comes to destinations like Iceland we need more time to prepare and we acquire people from social media and talk to friends of friends. And it always works out perfectly that way. Each magazine is made in two weeks, we dedicate ourselves only to the landscape for 12 days, then there are the old and new cars made by our partner Porsche. Of course, when we’re on the road in the USA we take a bite more time. Two of us work on one edition, so we’re like a good race car: little weight, but great performance. The second person on board is my old best friend. We follow the motto: the smaller, the better!

L.L./ Meanwhile the magazine and the books that go with it have become very successful. Were there still phases in the past where you had doubts and maybe thought the topic was too niche?

S.B./ The magazine is so niche, it couldn’t be more so. A car magazine without cars? There were three meetings where I seriously hit a wall with it. But at some point, somebody found the idea equally interesting.

S.B./ Back then it started out as a holiday project. Meanwhile I’ve sold my shares in the agency and all I do is the magazine and my own design projects. At the beginning I thought we’d sell between 100 and 1,000 Curve magazines. I never anticipated being this successful, that surprised me – even though, of course, deep down, I’d hoped. Since every edition comes out in German and English the concept works all over the world, even in Tokyo, for example. The main product is print, surely, but social media and the website round off the concept.

S.B./ I am still surprised though, that the magazine’s success keeps increasing year after year. We print a first edition of 15,000 copies per edition, after 9 months they’re sold out. So, we have another 5,000 or 10,000 copies printed. Up until now we’ve published nine editions of which we’ve printed a 5th or 6th edition, even. And the books are super popular, too. We have the advantage of a comparatively low price of 15 Euros per magazine, so you get a lot for your money and it’s easy to buy another copy for your best friend, too.

L.L./ You often photograph the pure beauty of mountain passes from a helicopter. What makes a good image? How do you get the perfect shot of both, nature and the vehicle, and what is your artistic concept?

S.B./ When the first magazine sold so well I knew the car industry would soon be all over the concept. Which is why I thought: I’ll take all the money I made from the first edition and invest it in a helicopter flight, because that’s something nobody wants to pay for. In 100 minutes I manage to photograph about five to six alpine passes in excellent quality. And the aesthetics are very special: my background is in design and graphics and that has an effect on the composition of the photos, of course. All my favourite photos were taken from a helicopter.

S.B./ I flew from Zürs toward Timmelsjoch and along the way I thought I might photograph Flexenpass, too, even though it seems a bit boring at the first glance. However, on the pictures the architecture comes out brilliantly and the Flexenpass became one of my best series of pictures, even though I hadn’t even considered taking any, initially. So, from a helicopter you see things you wouldn’t see under normal circumstances.

L.L./ Your pictures are often characterised by the absence of people or vehicles. Do you like to travel on your own?

S.B./ I do sometimes have two or three days where I travel all by myself and where I even switch off my phone and simply focus on driving. But most of the time I’m on the road with friends, because that’s the most fun.

S.B./ The concept without man or vehicle came into being because most people would ideally love to have the landscape to themselves – the same concept is used by all kinds of tourism destinations, too.

S.B./ But we don’t have any roads closed off just for us. I’m out and about a lot in May and June, when there’s not much going on yet, and in September and October, after the summer holidays – and always very early in the morning or in the evenings. Those are also the best times in terms of lighting anyway. And in many cases, you simply wait for the streets to be empty. And sometimes, when there really is no other way, we might also photoshop a slow-moving public bus out of the picture.

L.L./ You also photographed Flexenpass road in Zürs, and Arlbergpass. How photogenic is the region? Are there any special features you remember?

S.B./ I have a lot of childhood memories from the region because I always came here to ski and snowboard. Flexenpass road surprised me quite a bit because it really was a revelation when I saw it from the helicopter. I used to remember it more for the traffic jams. It’s a very long pass road and you need a wide-angle lens to fit it into one picture. What really impressed me about the region: Hahntennjoch. The pass is completely underrated, and I only discovered it two years ago. And now it’s always my start to the season because it’s one of the most beautiful roads to me. But Silvretta-Hochalpenstrasse also is very beautiful. The area generally is amazing, especially because it’s in the high Alps.

L.L./ This summer Lech Zürs will again host Arlberg Classic Car Rally where classic car fans will be able to drive along a 600-kilometre route through wonderful alpine surroundings. Have you ever taken part in it?

S.B./ Honestly, that’s not quite my cup of tea. I think it’s great when people enjoy it and I’ve taken a look myself, too. But, personally, I would not want to participate; I prefer being on the road with a small number of close friends, that’s where I really find my flow. I really prefer driving on my own or in a small team – and with anticyclical timing. We often tour around in May and June, we start at 5 o’clock in the morning and get back when others get up. But, of course, these kinds of rallies are beautiful to look at.

L.L./ In April of 2018 you published your new book Cars & Curves – A tribute to 70 years of Porsche. What future plans are there now – are you already working on new projects?

S.B./ I have quite a few things at the back of my mind. Last year we made a 450-page monograph on Stilfser Joch. I think this pass road is an architectural masterpiece, it’s 200 years old and there is no documentary on it whatsoever. The people drive up there, eat their sausage without knowing what they’re riding on. That’s where I wanted to come in and it took us more than two years to complete the book and in the end it really was fantastic.

S.B./ This year we spent some time on Grossglockner and decided to do a monograph on it. Aside from that we’ll also publish a Curves Mallorca edition in 2018; a lot has happened there, and the island is in the process of reinventing itself. Next year we’ll definitely go to the USA and Norway. And Japan, New Zealand, South America, Corsica, Sardinia, and the Bavarian Alpenstrasse are on the agenda. A mixture of wanderlust and home.

S.B./ And books that are created in cooperation with Porsche will also be published in the coming years. I’m a big fan of the brand and we simply don’t seem to run out of ideas.