At the beginning the motivation was a need for change: “I was fed up with the way the coffee business worked”, says the man behind the freshly launched brand Da Salzburger from Kaffeewerkstatt Salzburg in Saalfelden. He has been with a tradition-steeped coffee company for 24 years and its managing owner for ten which gave him plenty of insight into a global industry that is completely focused on profit optimisation and huge margins. “We simply refused to play along. We want to prove that you can be successful with honest solutions, too”, says Rafael Schärf. 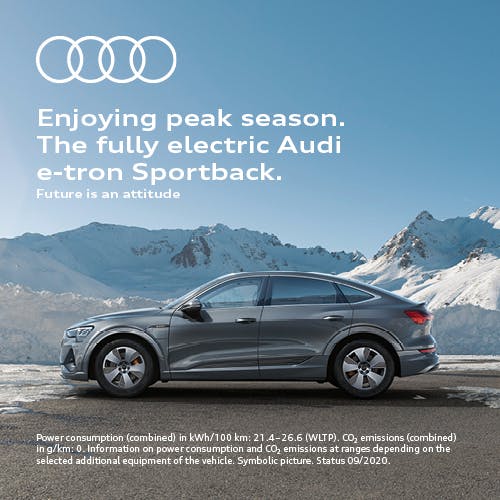 Da Salzburger was launched in October and it stands for sustainable coffee products for restaurants that are made entirely from arabica coffee beans with 60 years worth of know-how and that are distributed directly and regionally – preferably only in Salzburg.

It is Kaffeewerkstatt’s goal to reinvent the roasting process and not conceal or cover up anything along the way. And it’s all about quality: “The amount that the big companies roast in five minutes is what we roast in a year” Schärf explains in his talk with Benjamin Skardarasy. Kaffeewerkstatt only roast green arabica coffee, each kind is roasted individually and only blended after. “If you roast the different beans together, like most coffee roasters do, it’s as if you’re cooking small and large potatoes for the same amount of time: some end up cooked, others aren’t done.” When it comes to the degree of roasting Da Salzburger has decided on a French Roast, a medium between the strong Italian Roast and the shorter Vienna Roast, to make sure the specific flavour of the different growing regions and the character comes out. “With a French Roast you get plenty of the coffee’s own flavour and the roast aroma isn’t overpowering”, says the expert.

In order to make the complicated roasting process easier, the traditional drum roasters at Kaffeewerkstatt are equipped with the latest technology: sensors can catch the exact moment when the beans burst and caramelise. “While other producers will simply keep roasting at this point we like to reduce the heat and give the bean time to develop. That’s how we really get all the flavour out of it. The coffee has a round and mild flavour and is easy on the stomach.”

Austria may be famous for its coffee houses. The coffee culture, however, and there are many who agree with Rafael Schärf, still needs some development. “In any restaurant a beer without a proper head will be sent back immediately. But we do put up with bad coffee and that’s a desaster.” Kulinarik & Genuss Italy stands for good coffee culture: neither the coffee nor the machines are better “but you deal with the products, with leisure and passion.” In Austria people who are fresh out of a hotel management school don’t know how to properly set and adjust a coffee machine.

Incorrect processing can ruin the best bean. And since many coffee machines aren’t adjusted properly they over-extract the coffee which makes it taste bitter. But: “When it comes to roasting we leave a buffer in our beans to make sure that even if the brewing process is bad the coffee still tastes good”, Rafael Schärf continues. “You can do that by increasing the sweetness, for example. Which is also why milk goes so well with coffee, by the way. 80 or 90 percent of our coffee is consumed with milk, in cappucinos or latte macchiatos.”

Da Salzburger currently offer seven coffee blends that are named after different musical genres, from “Klassik” to “Jazz” all the way to “Indie Pop”; two blends are organic and one is organic and fair trade. “Organic coffee used to be undrinkable”, says Rafael Schärz. “But our blends “Soul” and “Blues” aren’t just the best tasting if you ask me, they’re among my favourite kinds of all. Even if the beans that are used for it are a bit unsightly and often aren’t used because of the way they look.”

Kaffeewerkstatt has also found an innovative way of packaging their products: the beans are filled in recycled kraft paper, each bag is stamped by hand. There are no labels or plastics. “In the future we want to develop a deposit system to avoid waste and deliver the coffee directly in the container that is has to rest in for ten days after roasting anyway. The tubs hold four to eight kilos and can be reused. We deliver regionally and focus on Salzburg. That’s enough. I don’t have to produce 500 tonnes of coffee every year.”

Rafael Schärf knows that this amount of idealism is not going to make him a multi-millionaire any time soon: “Over the course of my career I have done a lot. I was in Africa and tried to save the world but I realised that that’s a lot more difficult than expected. Later on I worked as an EMT. I know I’m not going to save any lives with coffee. But I can, together with my companions, try and have a positive effect. Being able to work with a clear conscience and having people who like what you do – that’s already quite a lot. And it’s fun to show the “big ones” how things can be done differently.

Rafael Schärf’s goal is economic stability, not growth. To be able to breathe. And have time for ideas. For a brand of handmade dishes for Da Salzburger, for example, which is being designed in cooperation with Barbara Gollackner, a local designer.

Off to the summit!